Power Systems is a family of server computers from IBM that are based on its POWER processors. These accelerated computing servers are built for modern analytics, high-performance computing HPC, and Artificial intelligence.

IBM had two distinct POWER- and PowerPC-based hardware lines since the early 1990s:

When looking at the type of data storage hardware used with IBM i, the most common options generally include hard disk drives, flash, and solid-state drives. SSDs can provide numerous advantages over traditional HDDs, namely in the area of computing performance. IBM explored this topic in multiple white papers and articles, observing that SSDs are capable of delivering notably better input/output performance.

Capable of driving tens of thousands of I/O operations per second (IOPS), as opposed to hundreds for HDDs, SSDs breakthrough performance bottlenecks of I/O-bound applications. Applications that require dozens and dozens of ‘extra’ HDDs for performance can meet their I/O performance requirements with far fewer SSDs, resulting in energy, space, and cost savings.

The technology behind solid state drives has been around for more than 30 years at this point, but the cost of such storage devices was historically restrictive to widespread adoption. However, recent advancements have made SSDs particularly beneficial for use with applications running in an IBM i operating system environment.

Since SSDs do not have to power spinning platters or moving arms the overall watts/hour needed to power an SSD is significantly less than that of a typical 3.5-inch HDD

Figure 1: A sample representation of an IBM Power Servers; of which drives we stock at Tekmart Africa 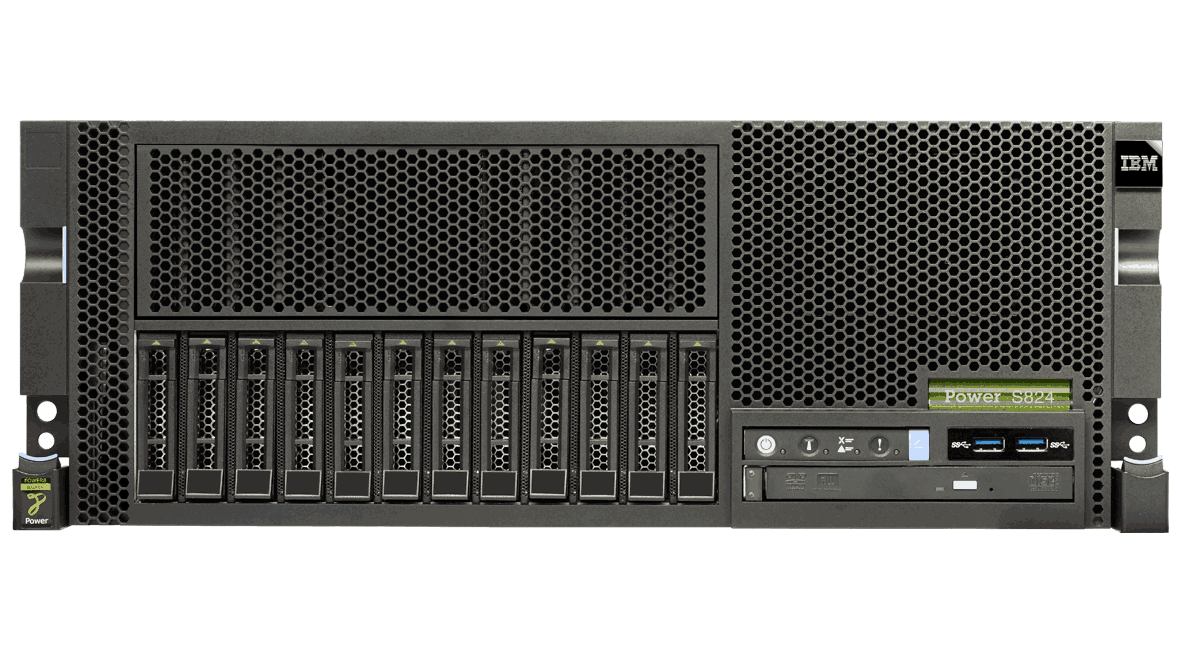